What is an Illusion Setting?

An illusion setting enhances the perceived size of the diamond within a setting. Most illusion set engagement rings present a small diamond surrounded by patterned precious metal. As a result, the setting appears larger from a distance.

The overall effect of the gives an illusion of a larger diamond. There are many illusion designs working on this concept. In addition to scale, most illusion set diamond rings appear larger than their respective carat weights.

The illusion setting is attributed historically to the Frenchman Oscar Massin—born in Liège in 1829. Following his apprenticeship from 1842 to 1851, he lived in Paris and found work as a bench jeweller. His promotion in 1854 came after the discovery of his drawings by the proprietor. Another jeweller, Oscar Massin devised the Illusion setting or ‘Illusory Setting‘, designed to emphasise the visible size of a diamond. Interestingly, many antique and modern examples using the same basic principle for an enhanced effect.

Alternatively, some cluster ring designs mimic the appearance and size of a large single (see solitaire diamond). Furthermore, the cost of such rings is normally far less than a single stone ring (see solitaire) of the same size. Moreover, small faceted diamonds form a circular arrangement. From a distance, the combined effect gives the illusion of a solitaire engagement ring. Cleverly, the addition of four claws enhance the effect. Typically, the claws are purely decorative and serve no functional purpose. 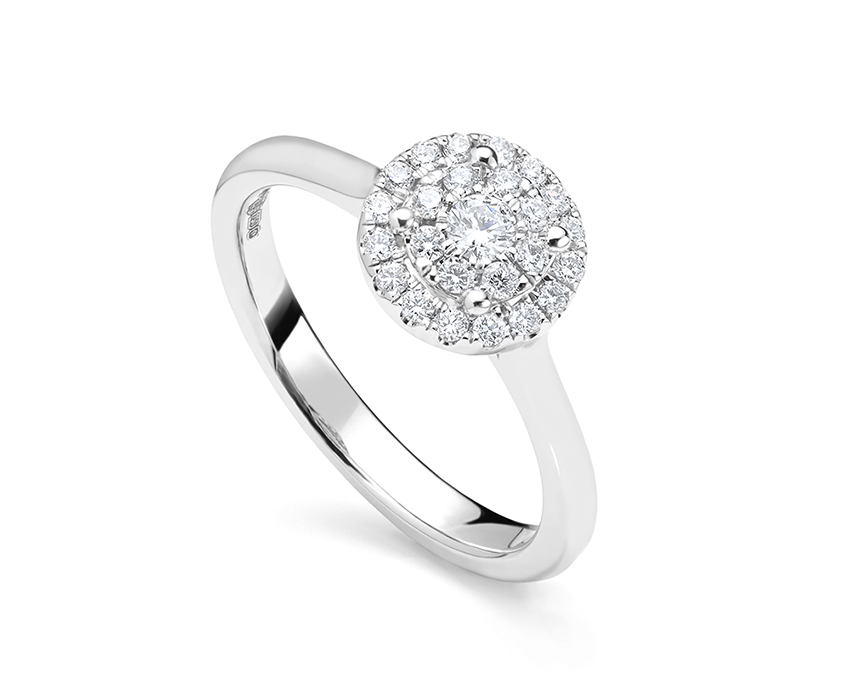 The appearance of a large central diamond, with surrounding halo by the Starla illusion solitaire engagement ring

The Unity engagement ring (see Unity R1D078 on our design pages) features a round brilliant cut diamond ‘floating’ invisibly within the setting. The diamond is held under tension between each side of the setting. 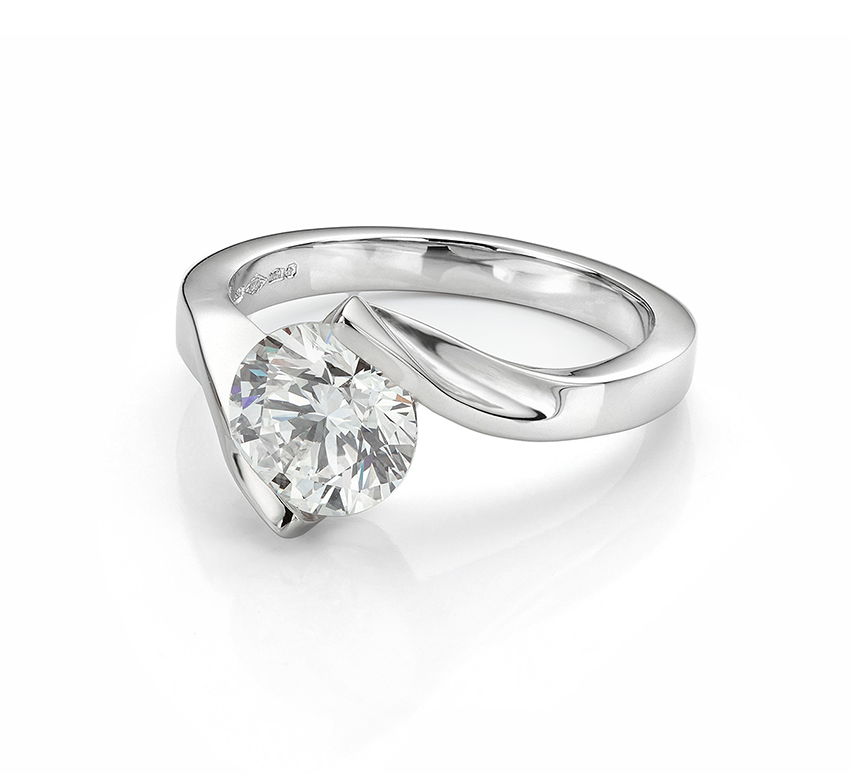 Why choose an Illusion Setting?

Illusion settings often mimic a larger single diamond (solitaire) design at a fraction of the cost. In comparison to a solitaire ring, the cost is significantly less. Earlier ring styles set with one small diamond gave protection to the diamond within the surrounding metal. 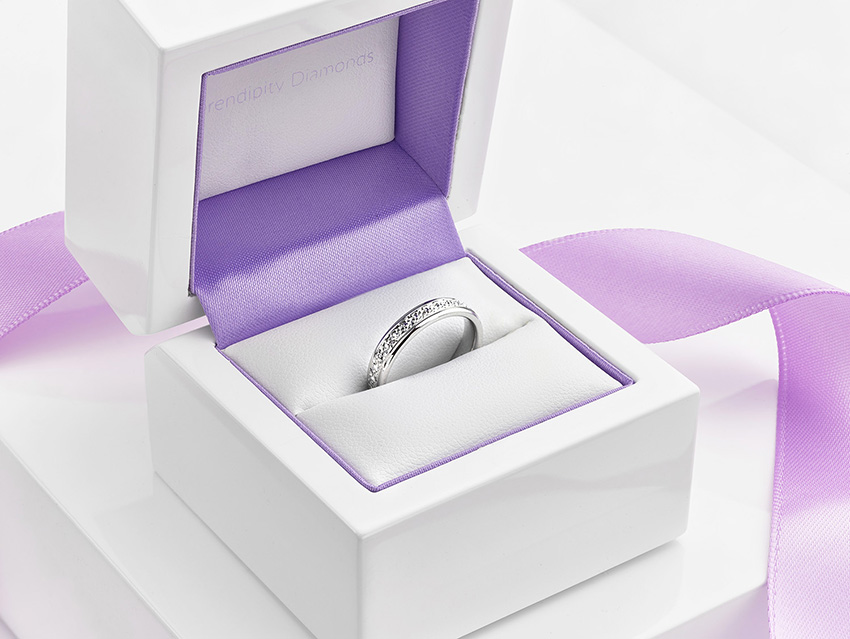 The sparkle cut wedding ring uses a similar effect to give the appearance of diamonds.

In summary, if you are looking for an illusion set engagement ring, we provide a complete bespoke design service. In addition to most setting types, we CAD design, crafted and set entirely bespoke ring styles. Compared to many high street jewellers, we create jewellery individually for clients. Usually, clients contact us in the first instance for help and guidance. However, prospective clients can view our bespoke engagement ring page online, or view examples on our Instagram page.