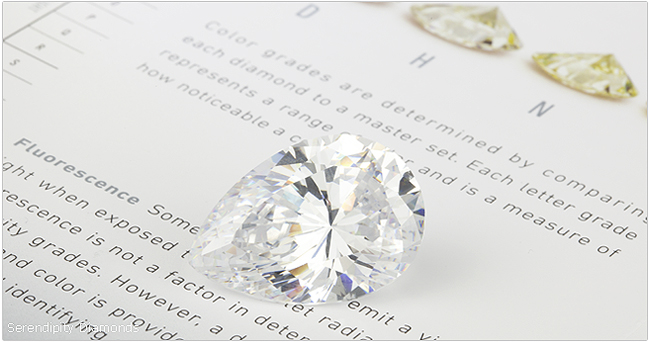 Can you tell the difference between a real diamond and a fake diamond?

A range of stones exist that bear similarity to the appearance of a diamond and to the novice, and untrained eye, they will often appear extremely similar. Specific terms are used within the jewellery industry for manufactured stones, lookalike stones bearing many subtle but highly important differences. By definition, each term stands alone as a material in its own right.

What are synthetic diamonds?

This is a reference to a material that is fabricated by mankind. Synthetic diamonds have the same physical and optical properties along with the crystalline structure and composition of diamond which is made up of carbon atoms. The material is, however, created and has not been naturally formed. Diamonds created in this way are largely used for industry and have been in production since the early to mid 1950’s. The production of gem quality synthetic diamonds was a later occurrence that has only been evident since the last decade of the 20th Century.

What are diamond simulants? 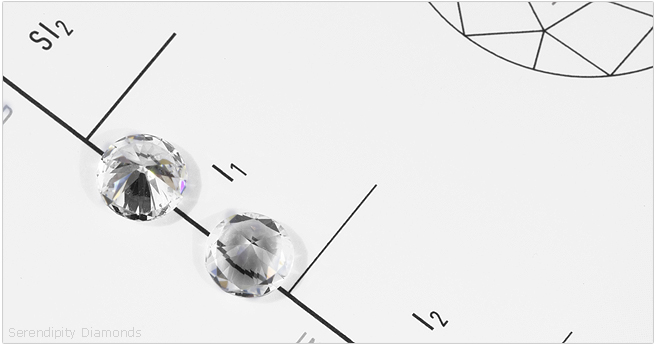 The next type of stone is termed Simulant and was once referred to as substitute meaning literally the same. Simulants can be either manufactured artificially or can be natural. Many materials have been used as diamond simulants, and the following are a brief list of some of those.

One of the largest in use today is synthetic Cubic Zirconia. The natural form is rarely used for jewellery owing to the small crystal size, but synthetically produced Cubic Zirconia is probably the most popular type of simulant.

There are distinct differences between this type of stone and a diamond, which we will only briefly cover here. A Cubic Zirconias appear will resemble a colourless, perfectly clear diamond. The most obvious factor is the significantly heavier carat weight of a CZ when compared to a diamond of equivalent size. When a single pen drawn line is marked beneath the diamond, the refraction of light displaces most of the marking below a diamond but is still clearly visible below a CZ. Finally, one further indication lies in the faceting, the edges of which appear more rounded. A diamond’s facets are sharper and have no rounding to their edges. On a final note, the CZ will wear excessively unlike a diamond which will retain its sharp faceting. This wear can often be seen in the jewellery set with Cubic Zirconia, since facets can be easily grazed when they come into contact with harder surfaces.

Another popular simulant available today is Moissanite, which has become a gemstone in its own right. Owing to the fairly high cost for a simulant, this alternative has never had any impact on the popularity of the diamond, which remains the most popular gemstone for diamond set engagement rings. For most people, there is no compromise for the beauty that a diamond holds although many of the above substitutes have a strong place in the jewellery industry. Our sample rings, by way of example, are created using CZ’s and offer prospective clients a great opportunity to view an extensive range of rings that are strikingly similar in appearance to the finished article.